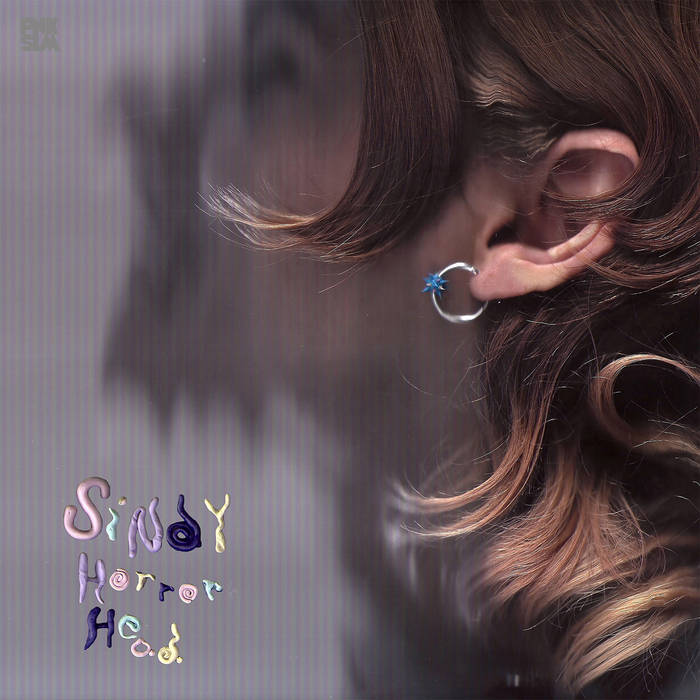 Tom Serner had always intended to make a debut solo album in 2020. He couldn’t have known, though, how the unique nature of the year would shape it. By the time the world began to grind to a halt in March, Serner found himself, like a lot of us, with plenty of time on his hands. “It gave me the opportunity to go deeper into a kind of research process.”

He’d always known that he wanted this first album under his Sindy moniker to be a love letter to the nineties influences he grew up with, continuing in the vein of Hits for Kids, last year’s thrilling five-track EP. Now, he had the opportunity to take deep dives in the catalogues of cornerstones of the decade’s alt-rock pantheon, starting first with Radiohead, charting their progression from post-grunge to experimental electronica. With that foundation laid, he turned to shoegaze, ob-sessing over My Bloody Valentine: “I was inspired by the textural approach to music over melo-dy, even though MBV have both - Bilinda Butcher’s soft, ethereal vocals and Kevin’s weirdo gui-tar tunings.” As the process wore on, he explored the more eclectic side of the Sonic Youth oeu-vre, reappraised Sebadoh’s legendary III, and found a kindred spirit in Daniel Johnston, who’s lyricism chimed with Serner’s desire to imbue his music with a naiveté brought on by freedom of thought.

The fruits of this musical odyssey are in the nine tracks of Horror Head, which plays like a paean to the stranger side of nineties alternative. Written at home in Stockholm and recorded in con-junction with co-producer Jacob Haage at Studio Ging Ging, the album is a technicolor realisation of Serner’s vision; it filters his influences through a dream pop lens, recasting a decade’s worth of indie rock in the mould of Cocteau Twins. Stylistically, it twists and turns through a slalom of fresh ideas, from the airy prettiness of ‘Big Scare’ to the driving noise pop of ‘Phantom Limb’. At the centre of it all are Serner’s breathy vocals - think an off-kilter Elliott Smith, delivering what Serner himself describes as “seriously deranged four-chord songs”.

As is so often the case with a solo project, Sindy allows Serner to explore thematic ideas that the democratic nature of Ruby Empress wouldn’t allow him to. “A lot of the tracks are just about try-ing to find a place in this confusing existence,” he explains. “They’re attempts to put these really big abstract ideas into the short-form of a song.” He reckons with his past on the record - sizing up where he is now, relative to where he’s been - and some songs hint at a higher drama that the music’s breezy feel belies, such as betrayal. Writing in his second language, though, allowed him to take novel approaches; some of the album’s lines are plucked directly from Buffy the Vampire Slayer, after he binge-watched four seasons during the writing process.

What might seem like a mischievous nod to a favourite TV show actually holds deeper meaning; the show’s blackly comic outlook on death is something that strikes a chord with him. That helps explain where the record’s title came from; Horror Head is an album defined by its dichotomies, between the musical present and past, and between alternately sunny and gloomy outlooks. “I totally understand that thing of finding the beauty in horror,” he reflects. “That’s where I get a lot of my creative energy - somewhere in between the soft and the hard, the dark and the light, the difficult and the easy. The sound that comes out of that is usually melancholy. It’s very therapeu-tic.”

Bandcamp Daily  your guide to the world of Bandcamp